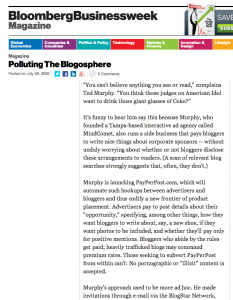 There has been an incredible amount of buzz around “native advertising” as of late. Many agencies, brands and social networks are touting their concepts for sponsored posts as something new and disruptive. The reality is that the mainstream is just now starting to join a revolution that began with the launch of PayPerPost some seven years ago. That development team (now IZEA) and it’s network of bloggers were the real disruptors. They were the pioneers, the futurists… the visionaries. I want to also thank the people and the brands that took the leap of faith in the early years (even if most of them never wanted to go on record with the press).

I am elated that native advertising is becoming more mainstream everyday, but lets be clear…

Before Forbes was being praised (2013) for their adoption of sponsored blog posts they skewered me personally (2006) for creating the first marketplace that did the same thing. Forbes was not alone. I was attacked by Shel Israel, Jason Calcanis, Robert Scoble and a host of publications from the New York Times to the Wall Street Journal and WIRED. I was “the devil” for monetizing the content stream and called “the most evil person in the room” by Mike Arrington during a keynote at MESH. 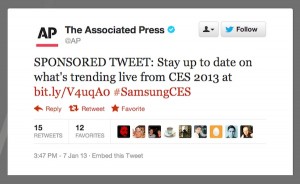 Nearly seven years after the launch of PayPerPost and four years after the launch of SponsoredTweets the Associated Press launched their very first sponsored tweet. Advertisers can now buy sponsored stories on Facebook and sponsored posts on the biggest blogs on the web including Gawker (who also attacked), and Buzzfeed to name a few. Is this new thinking? Hardly. Does it still have the opportunity to be disruptive as hell? You bet your ass it does.

We are still in the nascency of native advertising. The past seven years were all about evangelism, education and acceptance among brands, influencers and mainstream publishers. I consider 2006-2012 to be my warmup mile in a long marathon. It is time to increase the pace and lengthen my stride.

The Two Flavors of Native Advertising

Native advertising comes in many forms, some of them questionable as to being anything different than a display ad. There are two flavors of native advertising, each with their own advantages and disadvantages  The common thread between the two is their placement within the content, be that in a blog, a Twitter feed or YouTube video.

Promoted Content
This form of native advertising injects an advertiser crafted message directly into your stream. Think of this as the promoted tweet you may have seen from a major brand on Twitter. You may or may not follow the advertiser, but you see their tweet anyway. This is very simliar to what Facebook does with their promoted stories.

Sponsored Influence
This form of native advertising also appears in the content stream, but it is created by an individual publisher or influencer on behalf of the brand. The Influencer lends their voice and their personal relationship with their audience to the ad placement. One is only privy to the sponsored content if they follow the influencer who has partnered with the brand. 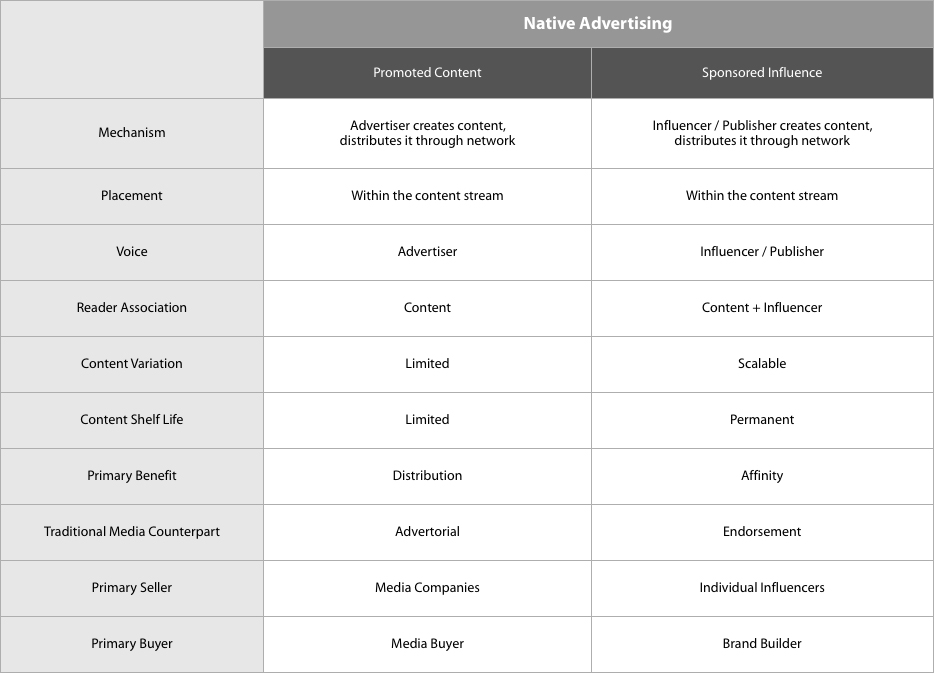 What Native is Missing

Both sides of the native grid have huge potential, but the big money is ultimately in Sponsored Influence. Why? Because Influencers (or publishers) can charge a premium for the creation of custom content and integrating a branded message directly into their stream. Promoted content is priced largely based on CPMs or CPCs which will continue to be a race to the bottom.

The problem is that everyone is scratching their heads trying to figure out how to achieve scale, including AOL CEO Tim Armstrong. It is a very, very complex issue that few companies can tackle because they live in a world of banner ads and CPMs. Getting out of that mindset isn’t easy which is why it has taken so long for agencies and media companies to realize that there is any opportunity here to begin with.

IZEA was born in the world of native advertising – dare I say, we created it. We have watched as the advertising and media worlds have slowly adapted to our way of thinking. There is now an abundance of opportunity in this space, but most people don’t understand how to capture it. They haven’t done what we have done. They are focused on replicating what they have seen, rather than creating something that is a new approach altogether.

In the backrooms of the IZEA offices, amid piles of schematics and scribbles, a new product has been slowly coming to life since October of last year. It is the most ambitious undertaking I have ever been a part of and it will once again cause shockwaves of disruption in our industry.