I love beer. It is delicious and apparently good for you (or at least that is what I tell myself). Nothing is better than drinking an ice cold beer on my dock at the end of a long week. Perhaps my favorite microbrewery right now is Sam Calagione’s Dogfish Head Brewery. Dogfish Head grabbed my attention when I tasted their eccentric 60 minute IPA years ago, but they earned my faithful dedication when I had the rare 120 minute IPA. With 18% alcohol by volume, one bottle of 120 minute and you are….”relaxed”. 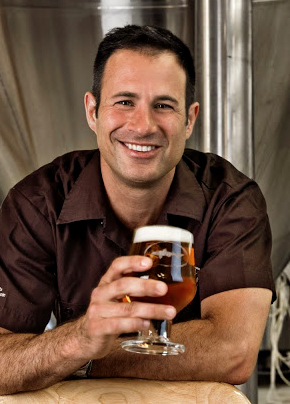 The microbrewery’s humble origins can be traced back to 1995, when Calagione founded the company in Milton, Delaware. Calagione entered the brewing industry after imbibing the craft beers he was serving at a bar in New York City. The richly nuanced flavors inspired him to pursue his own microbrewery. The company’s line-up featured seasonal varieties, including Punkin Ale, a sweet brown ale with hints of pumpkin, and Chicory Stout, which is an amalgam of Mexican cocoa, licorice, St. John’s Wort and finely roasted chicory.

Calagione’s innovative mind has remained the backbone of thecompany. He refuses to monitor the actions of Dogfish Head’s brewing rivals; instead, all brews are personally concocted, and Calagione forces the competition to constantly catch up with their clever blends. He spends his time “roaming” in industries outside of beer to get inspiration. His company seeks artistic overlap, and forges collaborations with anyone who shares their creative interests. They have formed an alliance with The Grateful Dead, which subsequently culminated in a themed beer known as American Beauty. Like most of their beer, this pale ale also packs a vicious punch.

The company earned widespread notoriety with the inception of their India Pale Ale line in 2001. The first beer introduced in this series was Dogfish’s 90 Minute IPA. Outside of the 120 Minute IPA, it delivers one of the most full-bodied experiences you will find. The name of the product refers to the length of time it is boiled for hops infusion. A lighter variety appeared in 2003, known as the 60 Minute IPA, which was my first introduction to Dogfish.

The success of these beers facilitated a national expansion for the brand. As a result, their manufacturing output increased by massive proportions. From a dream… to a micro brewing powerhouse. They now brew 75,000 barrels of beer annually with a loyal following of craft beer lovers.